The evidence of my Big Plans for the New Year can be found in the six-line list of resolutions I wrote on my giant to-do board. They’re reachable goals: read 30 books, finish revising my first (readable) novel, write a second novel (readable or not — no pressure!). I had high hopes of getting started on these resolutions right away. Then I caught a stomach flu, followed by a cold, preceded by two weeks of two other ailments. New Year’s was spent toasting kombucha and getting light-headed from the Vicks in our humidifier. The pre-New Year resolve has gone, for the moment, and been replaced with the resolve to veg out in front of Netflix, watching the movies I’ve been meaning to watch for years but haven’t ever gotten around to.

That’s all a long-winded way of explaining why I hadn’t put one of these posts together yet. Because I do ascribe to the relief of the new year, however self-constructed that blank slate may be. So here goes: all the writerly things I did this year, and a couple of the not-so-writerly things.

In 2014, my partner and I bought our first house, which means that I now have my very own writing office, where I wrote that first novel mentioned above. 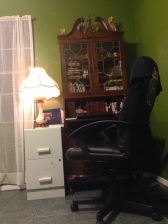 In the spring I went to the Rio Hondo workshop in Taos Ski Valley and met some lovely people and saw some lovely scenery. 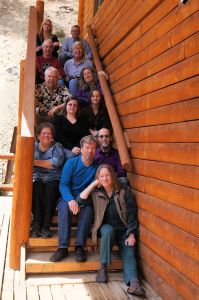 The Art & Words Show had its third successful year and was profiled in the March/April issue of Poets & Writers, which meant an uptick in submissions. 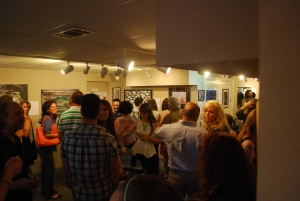 Publications-wise, I had a great year. I published 17 stories and one poem. I saw my first foreign-language publication when “They Come in through the Walls” was reprinted in French for Ténèbres. I won first place for “Mrs. Stiltskin” in Dallas’ Business Council for the Arts On My Own Time competition. My poems “The Ferryman” and “Strange Monster” garnered Honorable Mentions for Ellen Datlow’s The Best Horror of the Year, Volume Six. I would also be remiss if I did not mention that this year is my second and final year of eligibility for the Campbell Award, which is voted on by WorldCon attendees future, present, and past.

Here is a list of stories that first saw the light of publication in 2014:

Of course, not everything was rosy. I lost a favorite uncle, Gerald, without being able to say goodbye. One of the last things we talked about was my recent writing success, of which he was proud. I wish he were here to celebrate the new year with the family. He was a complex character better than any I could ever write. 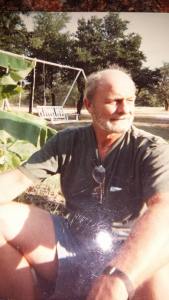